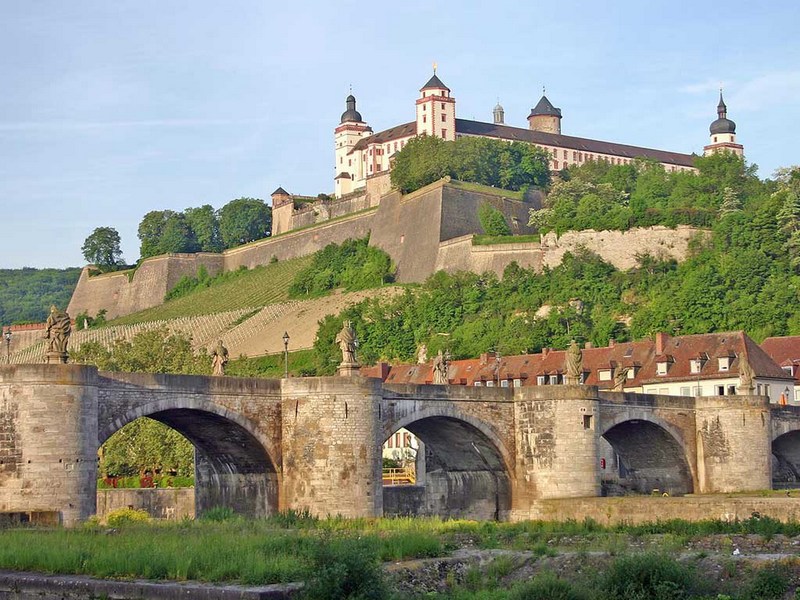 Würzburg is located in Lower Franconia in northern Bavaria and is the seat of the regional administration, the diocese and an important university city. Würzburg has a long tradition. Mentioned for the first time in documents at the beginning of the 8th century, the city was then an important center for economy, administration and education in the Middle Ages.

The impressive old town was badly damaged in World War II. After the war at least important buildings were restored, including the Würzburg Residence, a magnificent building in the style of the Baroque and Rococo. The residence and its ancillary facilities were added to the list of UNESCO World Heritage Sites in 1981.

Würzburg is the location of the oldest university in Bavaria. With about 38,000 students and teachers, the city is one of the most important German universities in research and teaching. With a total of 130,000 inhabitants, the university is certainly influential for life in Würzburg.

Located in the heart of the charming wine region of Franconia, Würzburg is home to many wine taverns and wine cellars, making it a tourist attraction.

Würzburg is conveniently located close to the A3 motorway between Frankfurt and Nuremberg and thus easily accessible from all over Europe.